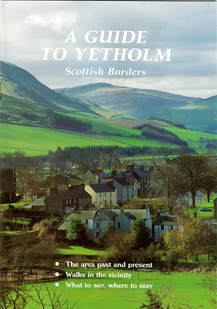 One of the leading lights of Yetholm History Society in its early days was Bill Rae. A retired journalist from Edinburgh, Bill became an indefatigable collector of photogtraphs, texts and other ephemera connected with Yetholm. His collection forms the core of our archive which is now known as the Bill Rae Archive in his honour.

For several years Bill and his wife ran the Stables Gallery next to the village shop in Town Yetholm. As well as selling prints and paintings, Bill set about producing a short guide to the village, which would help visitors find out about the area. A Guide to Yetholm was published in 1995. Illustrated by drawings by Guy Campbell it is, although not officially published by the society, the precursor of our latest publication Yetholm Past and Present (2017).

Copies are available from the society. 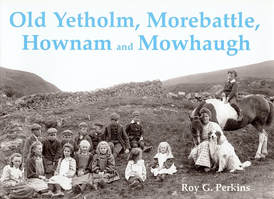 Another book which provides a fascinating glimpse of bygone Yetholm is Roy Perkins' Old Yetholm, Morebattle, Hownam & Mowhaugh. Published by Stenlake in 2007, this fascinating anthology of old photographs is now, sadly, out of print, though second-hand copies are not too hard to find. The quaility of many of these Victorian images is remarkable. Again, although this was not published by the society, Roy acknowledges the help of Brian Ashby who, like Bill Rae, was a prominent member of the society in its early days.